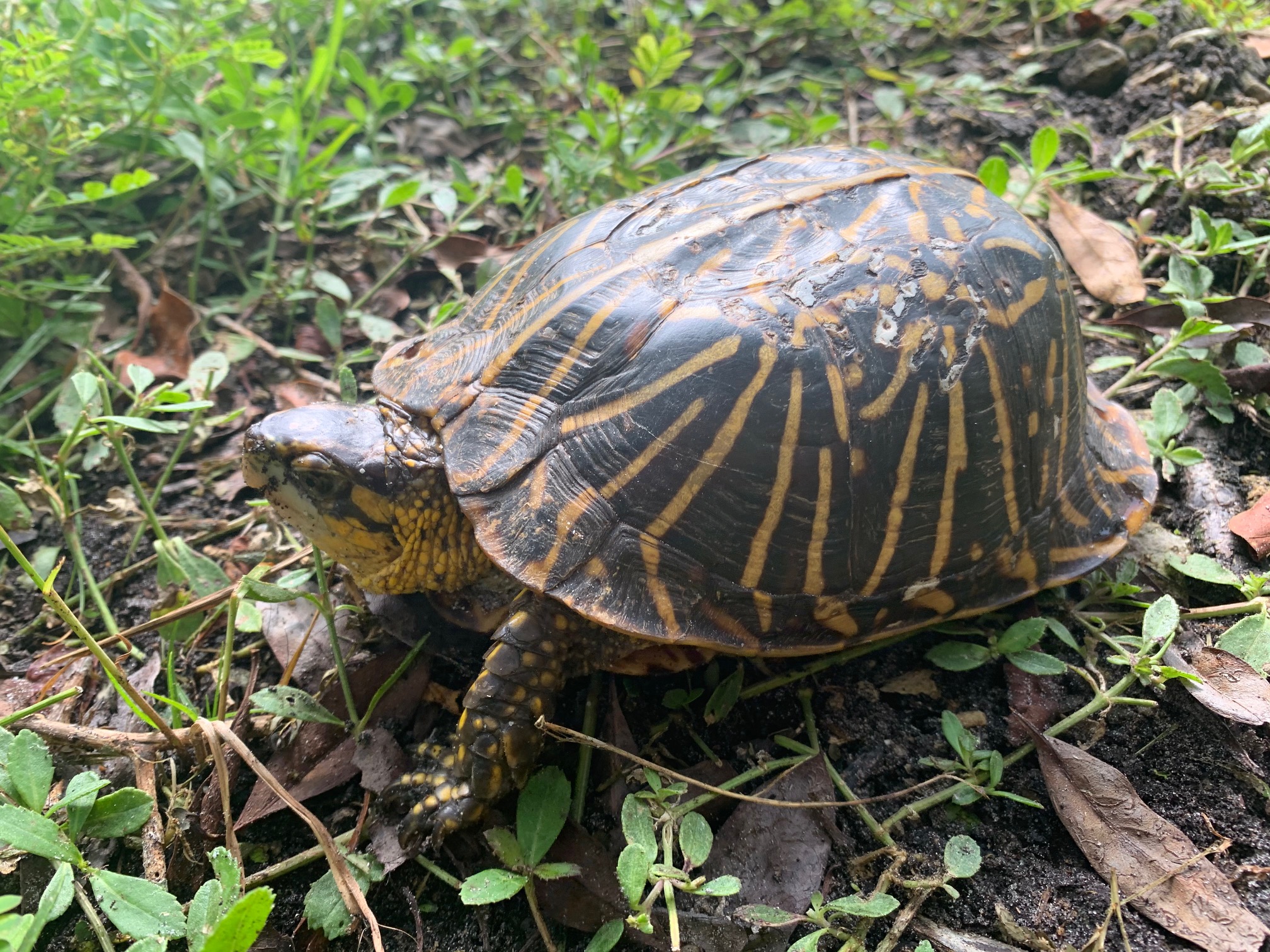 Did you know that turtles now have the highest threat level for extinction of any vertebrate group on the planet? They just surpass primates. Turtles are under pressure from many fronts like habitat loss, as a food source, traditional medicine, and the pet trade, which includes illegal trafficking. Thankfully, many organizations and agencies have increased their efforts to ensure that turtles get the help they need, including SCCF.

With approximately 360 species worldwide and about half of them endangered, turtles need all the help they can get.  Let’s celebrate turtles, tortoises, and terrapins by highlighting some of Sanibel’s native turtle fauna and the research that is being conducted on these species by SCCF.

Sanibel has 14 native turtle species that either call Sanibel their home or use the beaches to nest. Of these 14 species, four of them are marine turtles (loggerhead, green, leatherback, and Kemp’s ridley), seven of them are freshwater aquatic turtles (Florida softshell, Florida snapping, striped mud, Florida mud, peninsula cooter, Florida red-bellied, and the Florida chicken), one is a semi-aquatic turtle (Florida box), one is a brackish water species (diamondback terrapin) and one is a tortoise (gopher tortoise). The high variety of taxonomic families represented (7) makes Sanibel a very special place, especially for a barrier island.

SCCF’s Sea Turtle Program is the longest-running monitoring program in the state. Founded in 1959 by Charles LeBuff, the program was given to SCCF in 1992 after his retirement. This program has expanded research efforts greatly over the last decade, as the nesting numbers continue to increase overall, likely as the result of early conservation work. 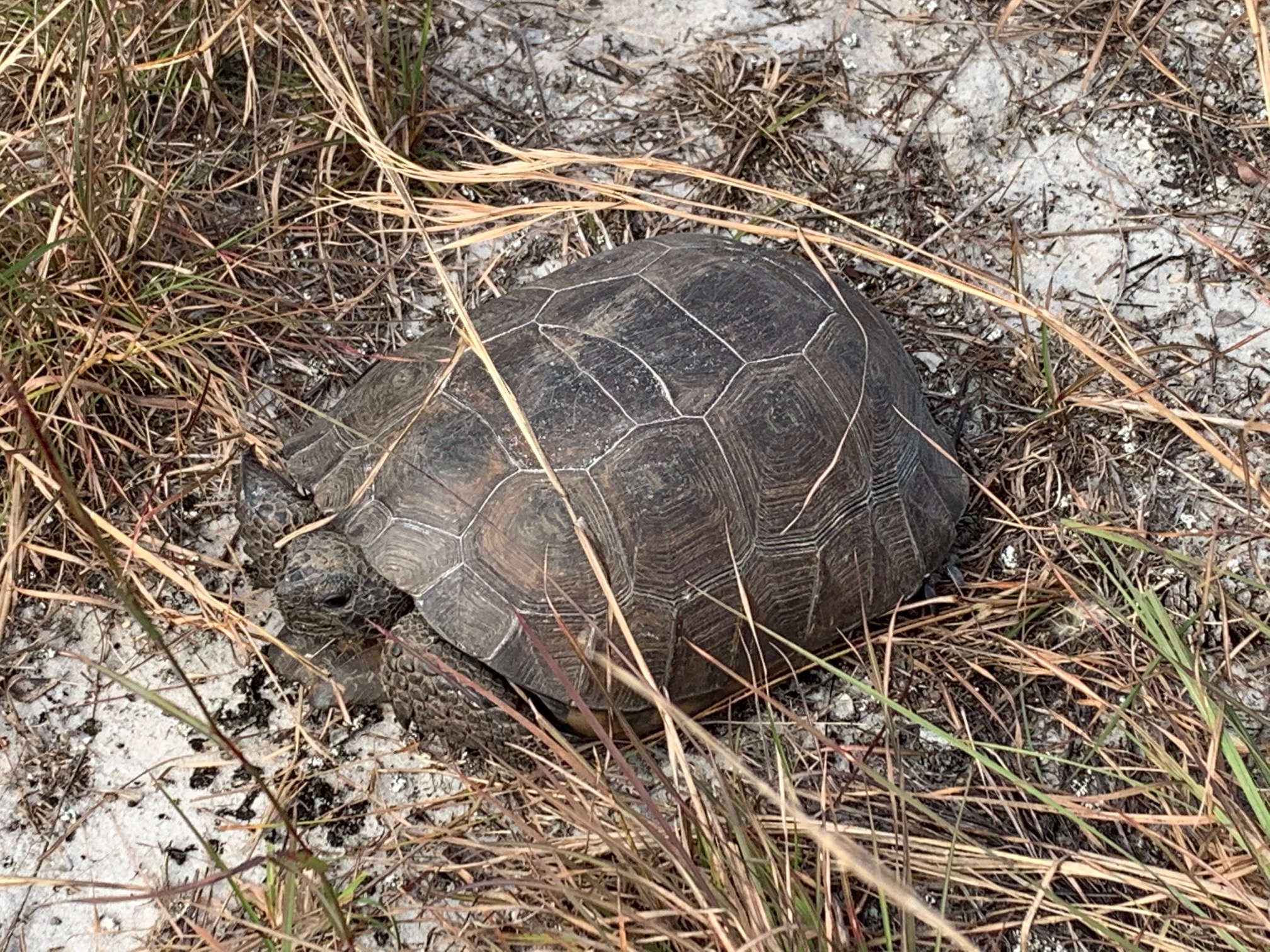 Gopher Tortoise Surveys began in 2000 on SCCF properties. With 20 years of data, the land management staff has discovered several factors affecting population increase and decrease in several areas that can be used to make sound restoration and maintenance decisions benefitting this upland species. 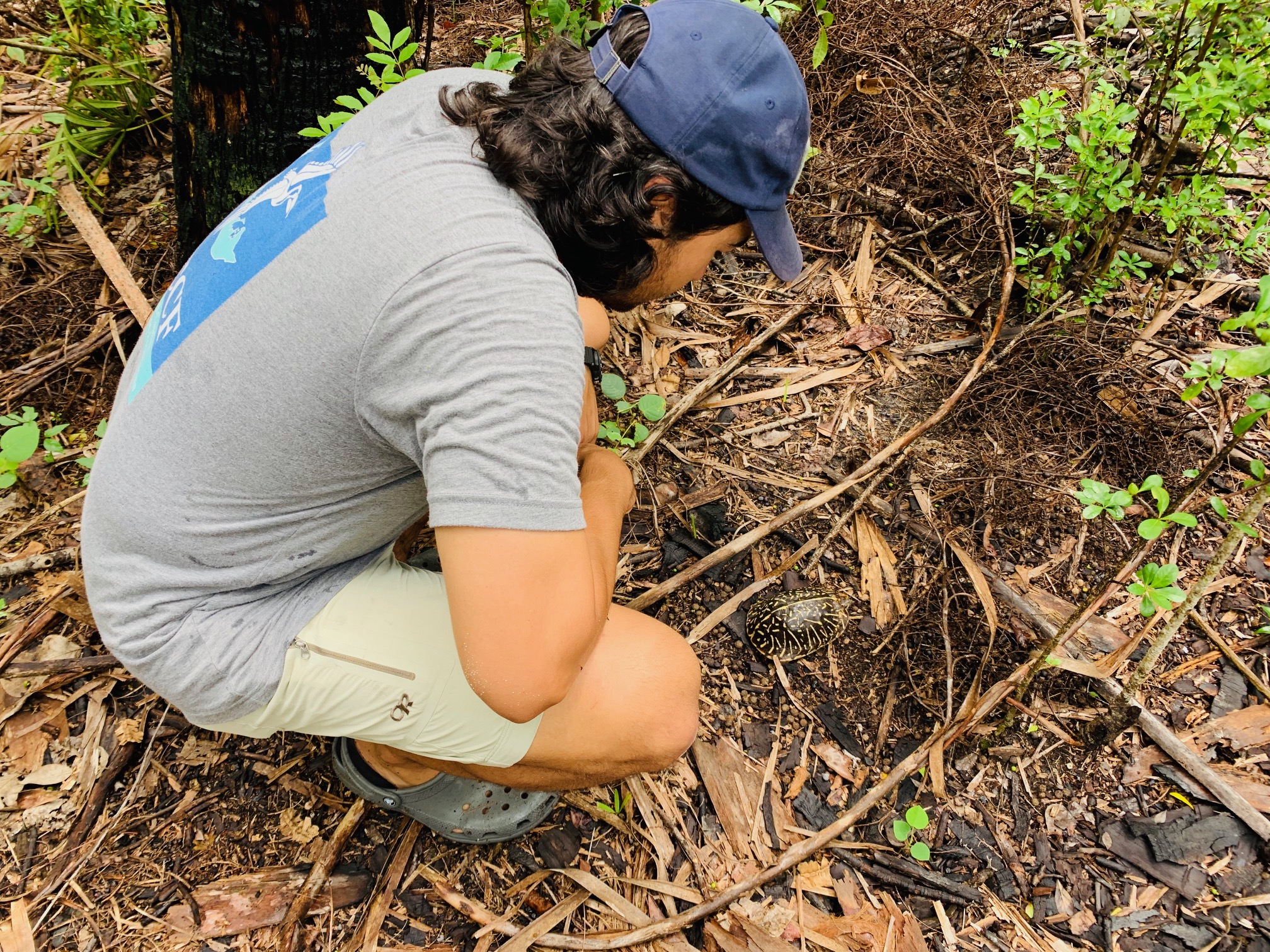 The Florida Box Turtle Project began in 2002 on this small, long-lived turtle species. This effort has expanded as well with the addition of radio and GPS telemetry and microhabitat studies to find out their activity cycles, home ranges, and use of the habitat so we can minimize disturbances due to land management activities and maximize preferred habitat use. 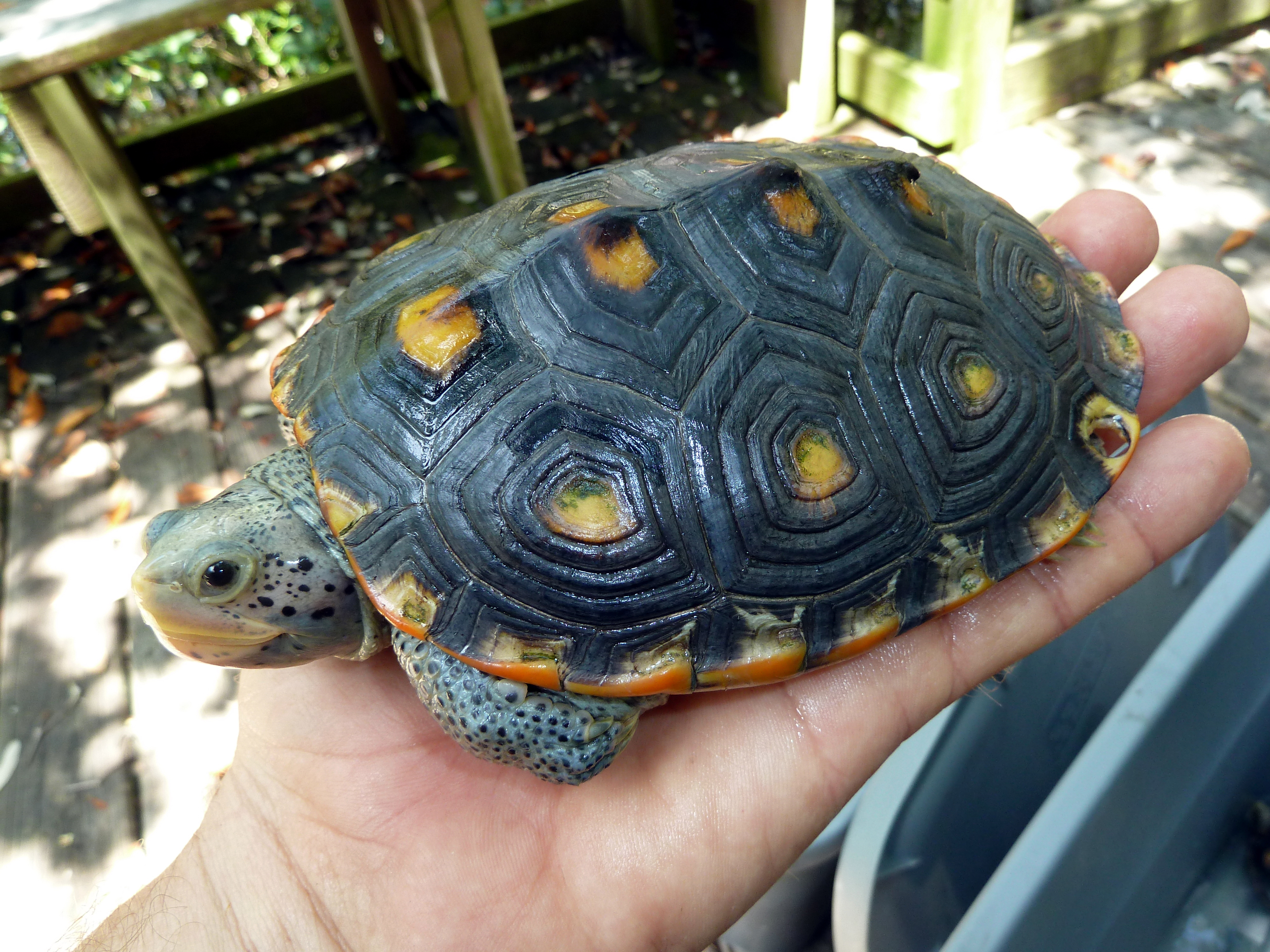 The Diamondback Terrapin Project began in 2013 to fill a much-needed research gap in the state. Almost nothing was known about these elusive species in southwest Florida. This project has grown to be one of the largest and most well-respected programs in the state. With some notable accomplishments such as the pioneering of satellite telemetry use on terrapins to find nesting areas and being one of the top providers of genetic samples for the state-wide study on terrapin, SCCF’s efforts could lead to their complete protection.