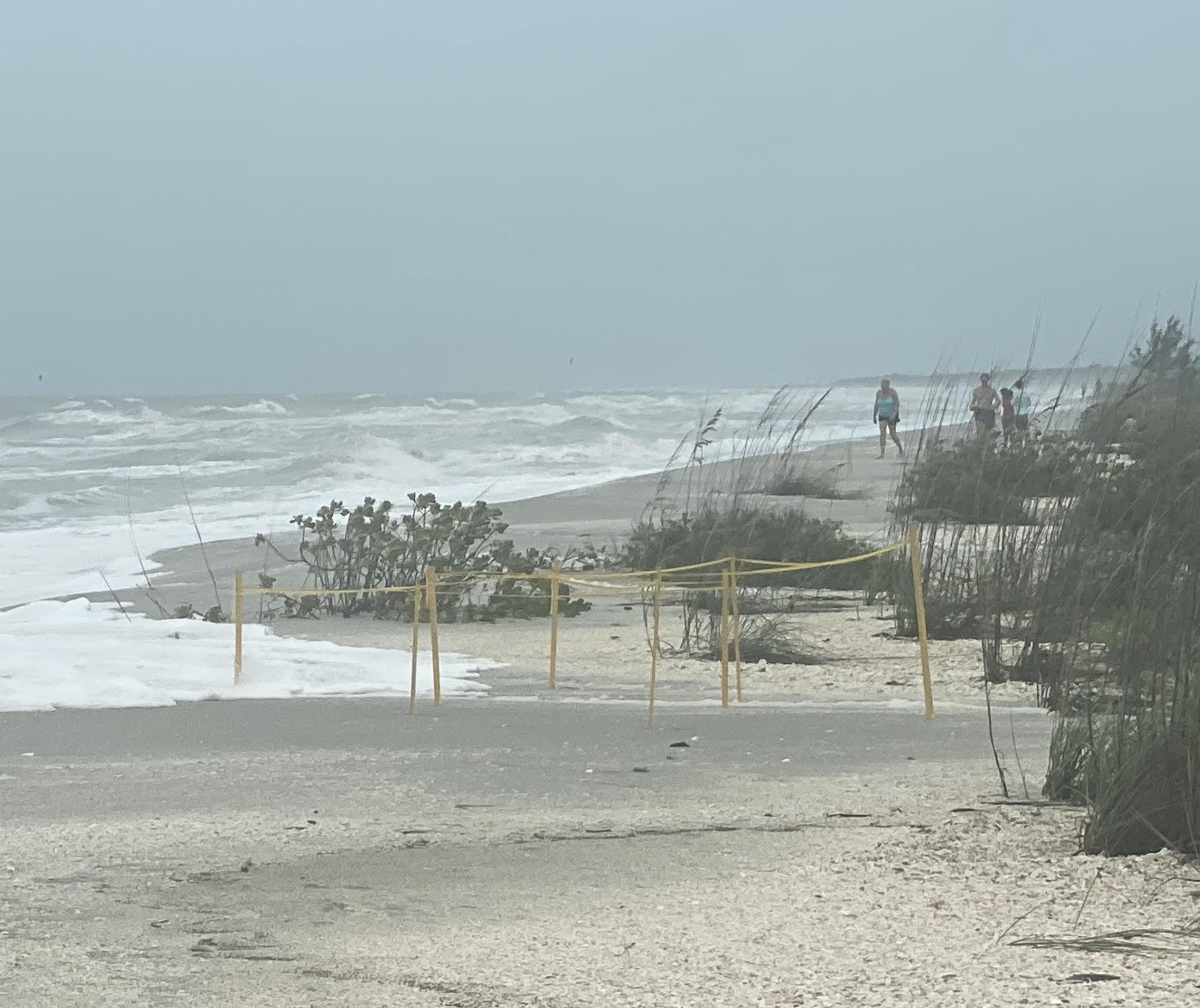 Tropical Storm Cristobal passed through the Gulf of Mexico delivering high winds and waves to our shores and intensifying high tides over the weekend.

Many more nests were washed over, but Sloan says that's not a death sentence and can actually help keep eggs cooler.

The rough seas didn't deter Juniper, a rare leatherback sea turtle (Dermochelys coriacea), though. She returned to our shores on Saturday, June 6, and nested again on Captiva, bringing her total documented nests on our islands to six.

"Apparently, leatherbacks like to nest in storms," said Sloan.

The total count of nests that have been laid is now at 401 for Sanibel and Captiva, including one green sea turtle nest.

Sloan also reports that the team's nighttime tagging project has resulted in encounters with 152 females on the beach so far this summer, and they've seen 29 of those turtles more than once. "There are three turtles that we've already seen four times this year - Smores, Green Tea, and Pisa," says Sloan.

As a pretty rare occurrence, they've encountered one turtle three summers in a row.

"It's fairly unusual for loggerheads to nest for three consecutive seasons. We've seen her four out of the five years since we first launched our tagging project, so she's a familiar face on our beaches! We hope to see her again soon," said Sloan.

Click here to keep up with our nesting season on a daily basis.