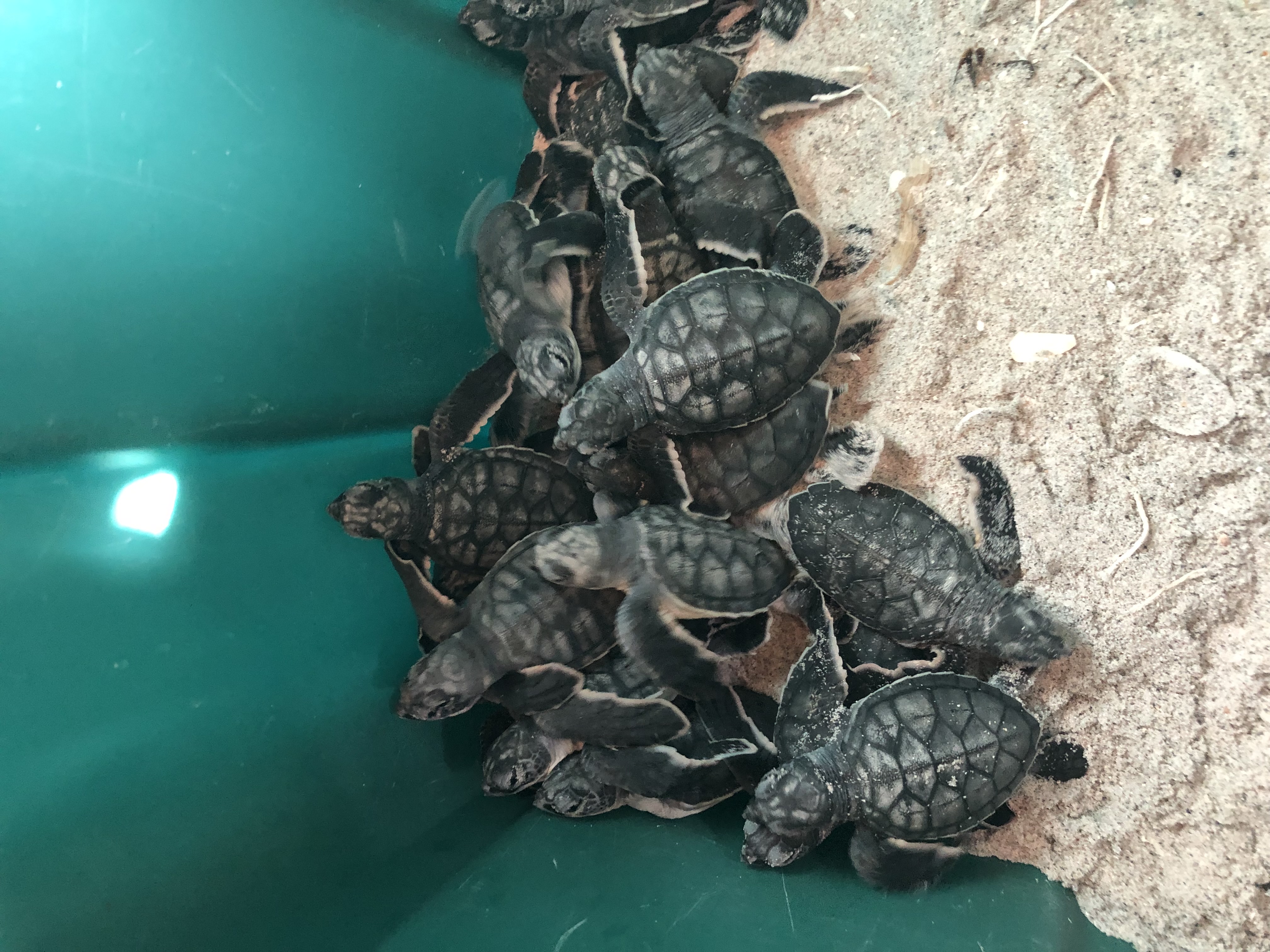 Hurricane Ida washed over 105 nests but only one was completely washed away. Storm season coincides with Florida's loggerhead (Caretta caretta) nesting season, which runs from mid-April through October. Sea turtles have adapted to storm events by laying multiple nests across a season and distributing the location of those nests along the beach profile, positioning some in the dunes and some closer to the water. This strategy helps increase the probability that some of a female's nests will survive the storms (as well as predators, extreme heat, and other threats) and incubate successfully.

As evidence of this strategy’s success: Despite this year’s storm activity, 40,408 hatchlings have emerged on beaches to date. Of those hatchlings, 1,029 have been green hatchlings, as pictured here, from 26 green nests.