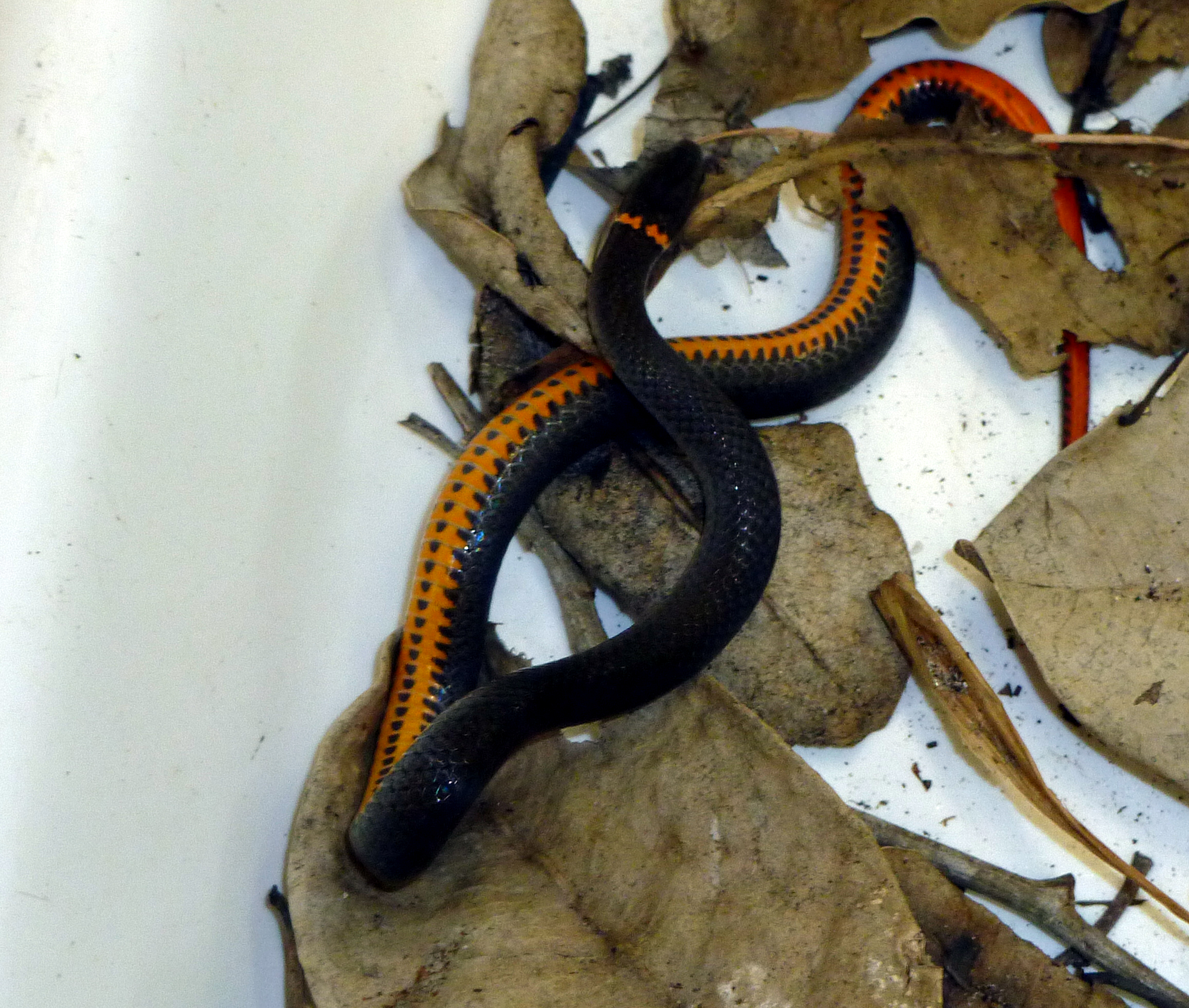 It's a Great Time to Identify Garden Snakes

Staying safer at home has resulted in a more wildlife observations for many of us. SCCF and other organizations have received a higher number of wildlife identification queries than usual since people are spending more time outside walking around, weeding, trimming, gardening, and fixing up their yards.

“Many overlooked common species are now getting noticed,” said Wildlife & Habitat Management Director Chris Lechowicz. “While picking up debris around the backyard or working in the garden, some small common nonvenomous snakes may get noticed especially this time of year when most species are breeding.”

The most common snake found in gardens in and around Sanibel and Captiva is the southern ringneck snake (Diadophis p.punctatus).  These small (6-10 in) woodland snakes are gray to black in color with a yellow ring around their necks.

When threatened, they flip part of their body upside down and twist their tail in a corkscrew to show their bright yellow, orange, or red underside with a single row of misshaped circles running down the belly. These harmless snakes eat primarily earthworms and slugs. 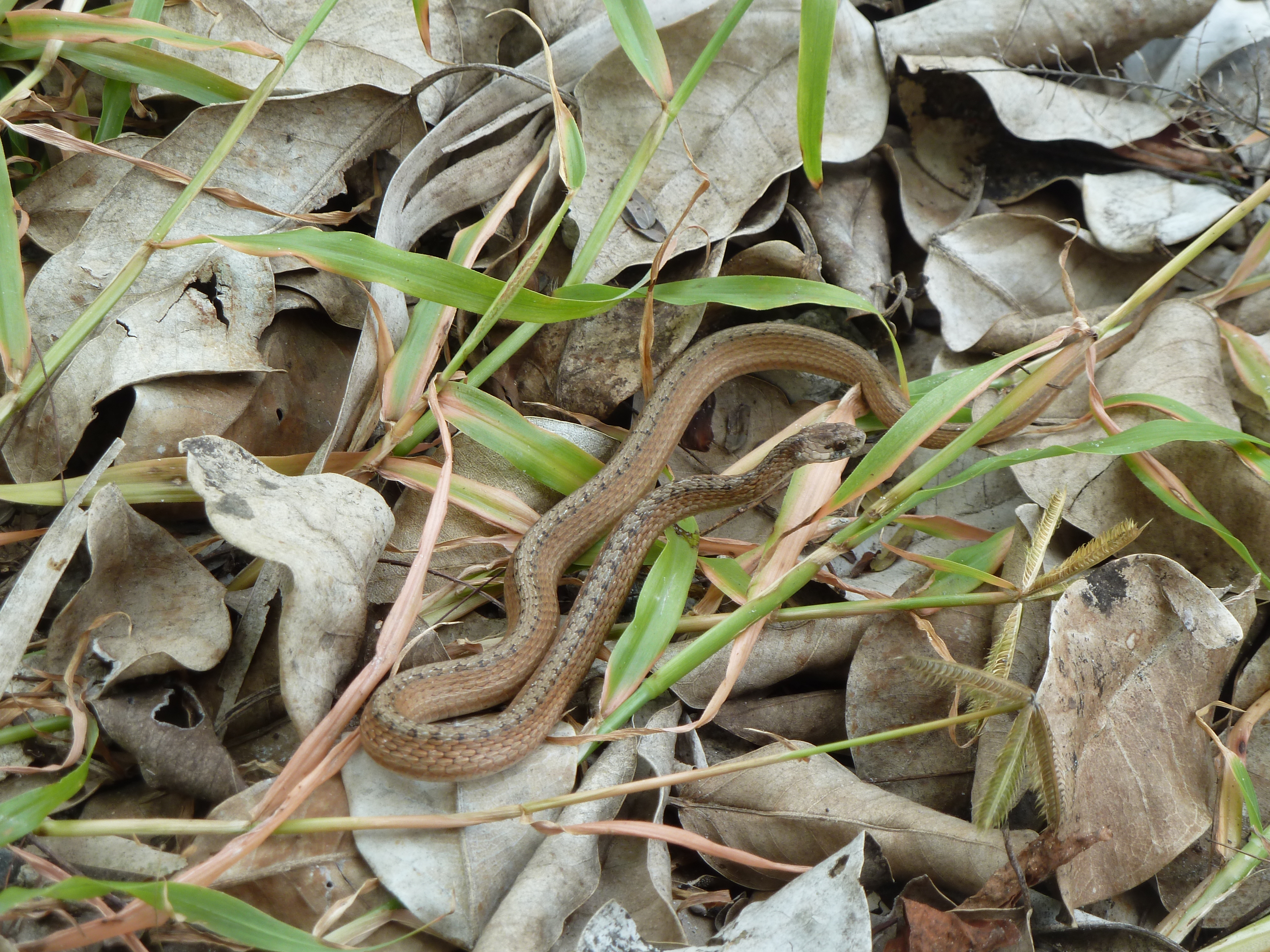 Another somewhat common snake is the Florida brownsnake (Storeria victa). This (7-10 in) woodland species has a mostly brown body with a faint, grayish/tan vertebral stripe with segmented black borders down its back. It also has a lighter white/tan blotch on the top of its often-dark head.

They mostly feed on earthworms and slugs, but will also prey upon very small frogs. They often take on a defensive pose when disturbed but are harmless. 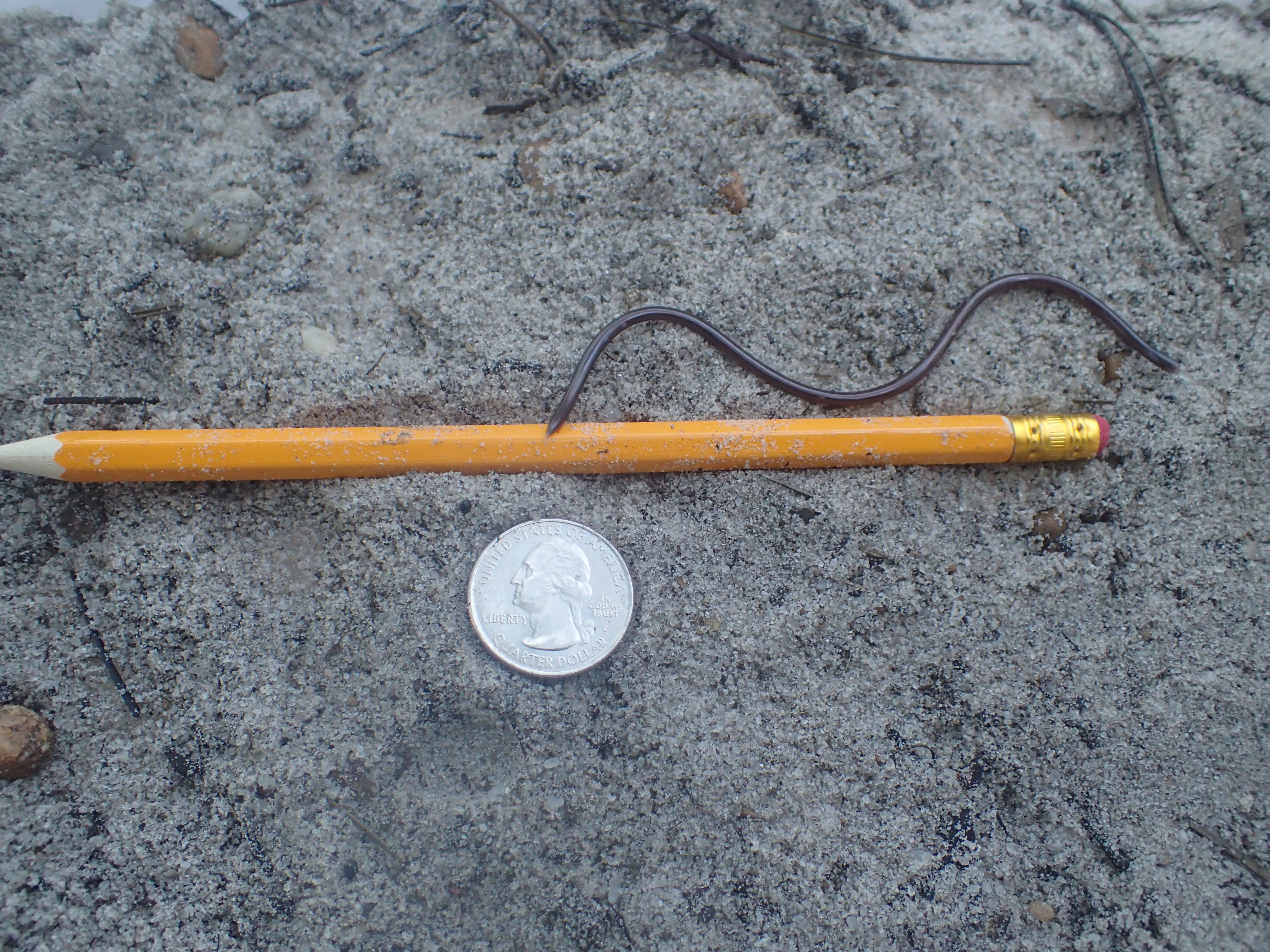 Finally, the most obscure species is called the Brahminy blindsnake (Indotyphlops braminus). This non-native species is the most widespread snake species in the world. It is considered pantropical, occurring throughout the tropics and subtropics around the world. This fossorial snake is native to Southeast Asia and was spread across the world due to the plant trade.

These very small (2.5-6.5 in) and thin (5 mm in diameter) snakes closely resemble worms at a glance, but unlike earthworms they are vertebrates and have scales since they are reptiles. They also called “flowerpot snakes” as they stowed passage around the world in the soil of potted plants.

They are well established in Florida and are common in gardens, landscaping beds, and especially plant nurseries and garden centers. These snakes are all female and lay up to eight fertilized eggs in a year (parthenogenesis).  They feed on very small invertebrates, such as the eggs and larvae of ants and termites.

If you have questions about identifying wildlife in your backyard, please email photos to info@sccf.org and our scientists will help you out!