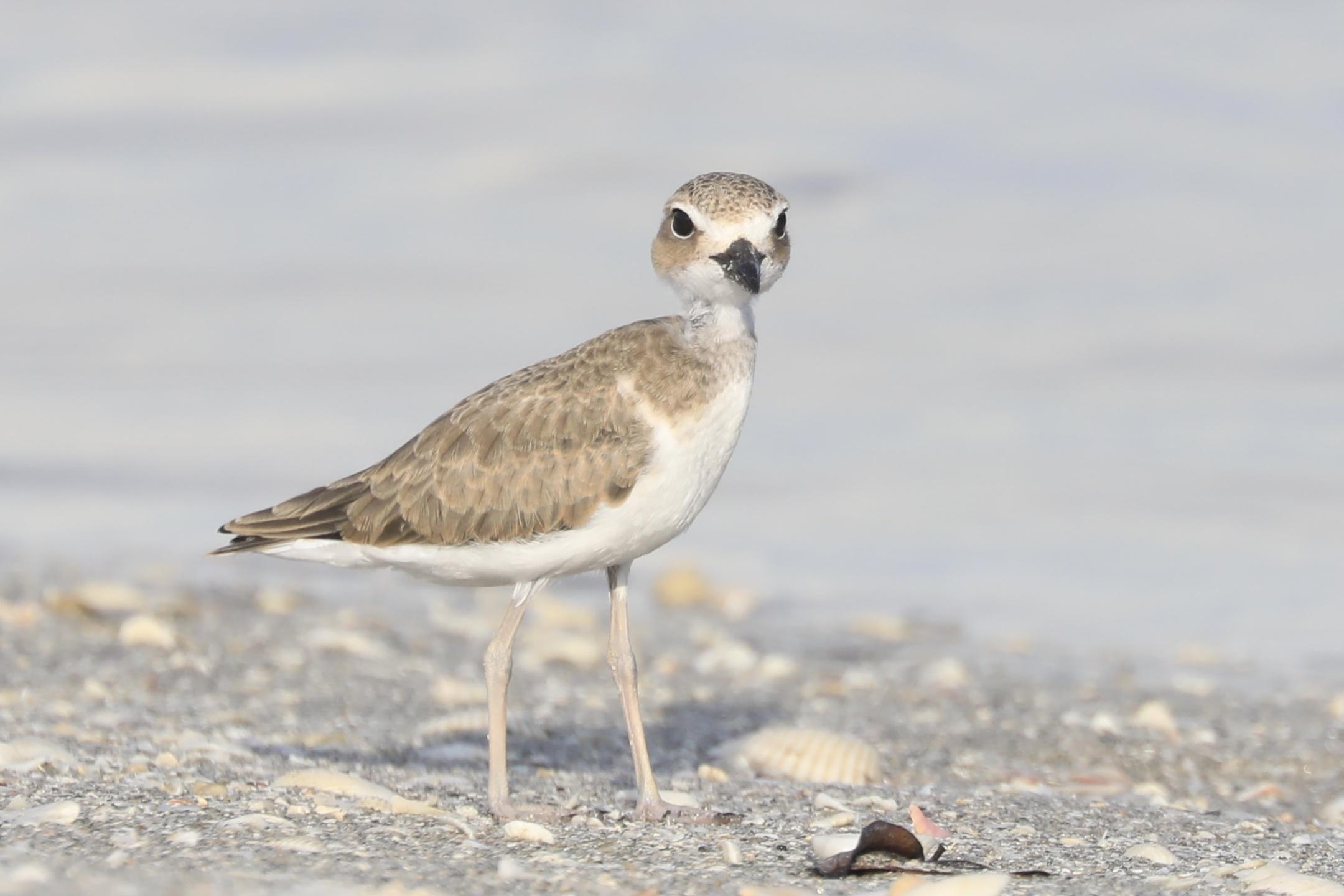 In advance of Tropical Storm Elsa, SCCF staff took down the shorebird enclosures on the East End to prevent the materials from washing away. As most of the chicks are close to fledging, they have been spending less time inside of the posted areas.

An enclosure with a snowy plover (Charadrius nivosus) nest inside remained standing; however, the nest was washed away during the storm. This nest had been the fourth nesting attempt of that pair and will likely be the last as it is late in the season. Staff and volunteers will continue to closely monitor the snowy plovers on Sanibel and, if there are late-season nests, they will be promptly cordoned off and protected.

There are still three plover broods on the island, each with one surviving chick. The oldest chick was observed flying for the first time on July 10—six weeks after hatching. The others should follow suit shortly. Two of these plover chicks have been banded, which allows SCCF to gain a better understanding of this threatened species so that we can better protect them. Snowy plovers are captured and banded by trained staff under state and federal permits. In this photo, Shorebird Intern Aaron White and Shorebird Biologist Audrey Albrecht carefully band the tiny chicks.

Three Wilson's plovers (Charadrius wilsonia) chicks also survived the storm. “They are most likely flight-capable based on their age and size, though staff have not witnessed them take flight yet,” said  Albrecht.

Two of Sanibel's 2020 banded snowy plover fledglings continue their adventures around Southwest Florida. Both Blue/Black and White/Black returned to Sanibel for the July Fourth weekend, and stayed through Tropical Storm Elsa.

Blue/Black was spotted a few days later north on Outback Key, likely on his way back to Caladesi Island where he spends a lot of time. “White/Black typically returns to Outback Key as well, so we are awaiting the next report from biologists there,” Albrecht said.

Visit SanCapLifeSavers.org for tips on how you can safely share the shore with these precious birds.