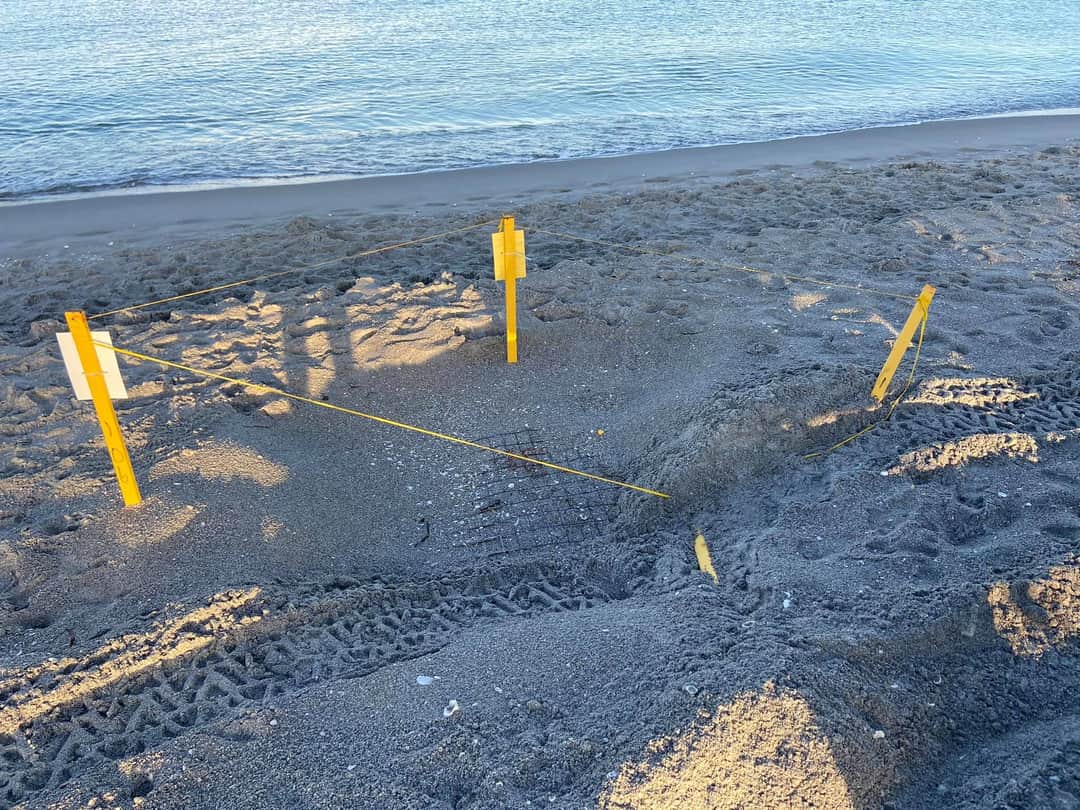 The Fish and Wildlife Conservation Commission (FWC) is investigating six sea turtle nests that appear to have been run over by a golf cart or similar vehicle on Captiva.

“We’re all really disheartened that anyone would intentionally cause harm to our sea turtles. I’ve been with SCCF for seven turtle seasons and have never seen such disregard for our nests,” said Coastal Wildlife Director Kelly Sloan. “Our community and visitors are generally so supportive of our efforts to protect our sea turtles.”

SCCF Sea Turtle Volunteer Stefanie Plein was on her morning patrol on Sunday morning when she reported tire tracks and stakes damaged on five loggerhead sea turtle nests on Captiva.

“This morning, we received two calls to our Sea Turtle Hotline – one from a resident and one from a visitor – notifying us of extensive damage to another loggerhead nest, where stakes were removed and thrown into the dune and it was likely driven over,” she added.

Officers are actively investigating this incident and the FWC encourages anyone with information to call the FWC’s Wildlife Alert Hotline at 888-404-3922 to report it. Callers can remain anonymous and may be eligible for a reward.

The Lee County Sheriff's office is assisting in the investigation. It is illegal to drive a motorized vehicle on Captiva's beach without a permit.

“We are working with the proper authorities and ask anyone with information to please help in their investigation,” said Sloan. “The turtles remain our top concern at this time and we hope none of the eggs were damaged. We won’t find out until they hatch and then we will inventory the nests.”

All five Florida sea turtle species are listed as either endangered or threatened. The federal Endangered Species Act lists the green, leatherback, hawksbill, and Kemp’s ridley turtle as endangered. The loggerhead is listed as threatened. This makes it illegal to harm, harass, or kill any sea turtles, their eggs, or hatchlings.

Captiva is having a record-breaking loggerhead nesting season, with 255 nests so far. The previous record was 194 nests in 2016.

Please report any issues with nests, nesting turtles, or hatchlings, to the SCCF Sea Turtle Hotline at 978-728-3663. To report any information regarding this investigation, please call the Florida Fish and Wildlife Conservation Commission Division of Law Enforcement at 1-888-404-FWCC.

SCCF (Sanibel-Captiva Conservation Foundation) is dedicated to the conservation of coastal habitats and aquatic resources on Sanibel and Captiva and in the surrounding watershed. For more information on SCCF's sea turtle program click here.