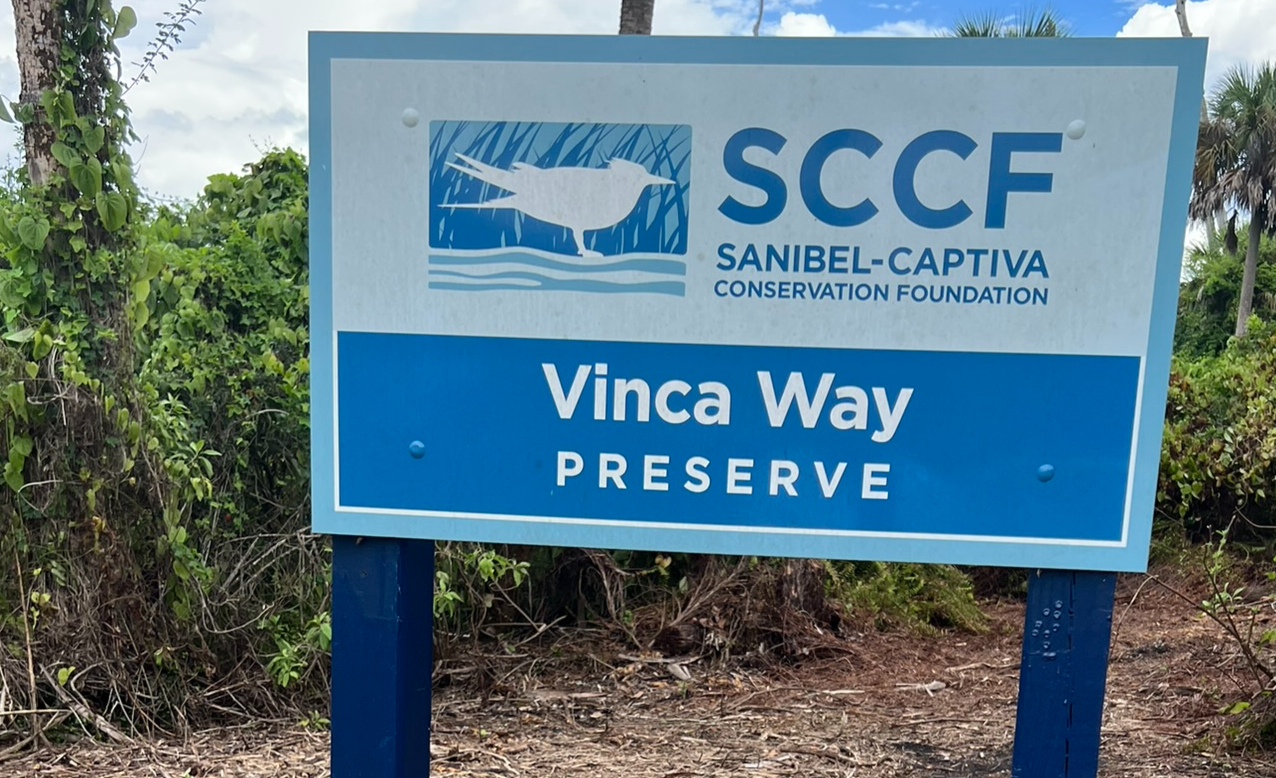 Tucked away at the end of a short private road is the SCCF Vinca Way Preserve. This preserve, which is closed to the public for the benefit of wildlife, is between several developments just southeast of Tarpon Bay. SCCF Habitat Management staff have been restoring native habitat on this property over the last two weeks as unusually dry conditions lingered into the beginning of September.

The 9.28-acre Vinca Way Preserve, which is located north of Periwinkle Way across the street from the Puschel Preserve, was acquired in 1988. Bordering this property to the east is the Islands Woods Preserve which is 9.15 acres and was acquired in 1996. These two properties were combined by SCCF, with Lee County Tax Appraisers Office, in 2019 totaling 18.43 acres.

“Diligent habitat management efforts are ongoing on this property as the main challenge is keeping up with both native and exotic vines that tend to blanket trees, shrubs, and the ground quickly,” said Wildlife & Habitat Management Director Chris Lechowicz. Native moonvine (Ipomoea alba) and exotic air potato vines (Dioscorea bulbifera) are very aggressive on this property.

Several tall Australian pines (Casuarina equisetifolia) were treated with herbicide after the initial restoration and left in place on this property for raptors and cavity-nesting birds. These are evident as you approach the property.

“The property is neither very high nor very low in elevation by Sanibel standards and is therefore considered mostly transitional wetlands,” said Lechowicz. “As the summer rains began again in mid-September and water levels rose, small ephemeral pools on the property filled up providing habitat for aquatic macro-invertebrates, amphibians, and small species of fish.” 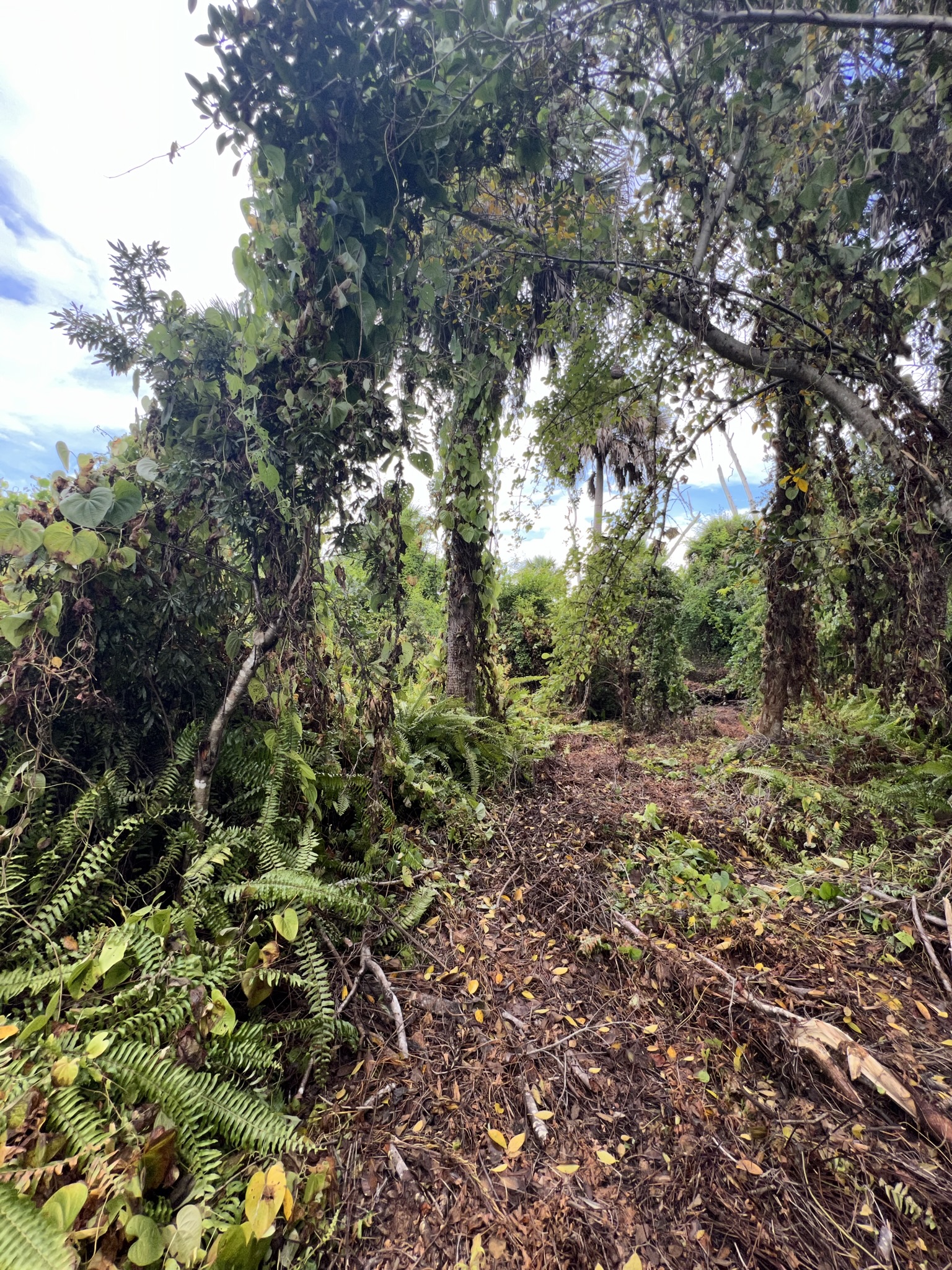 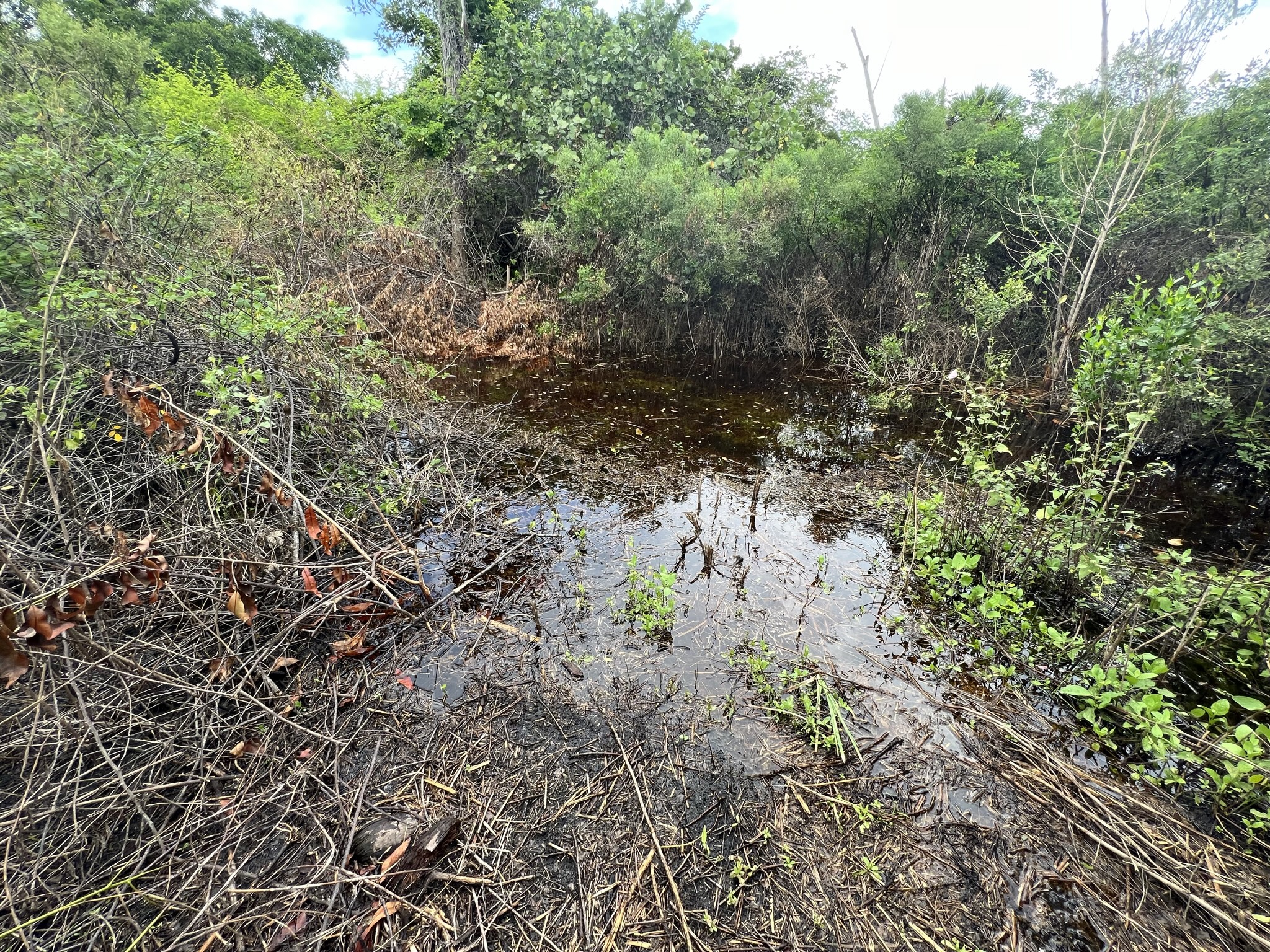