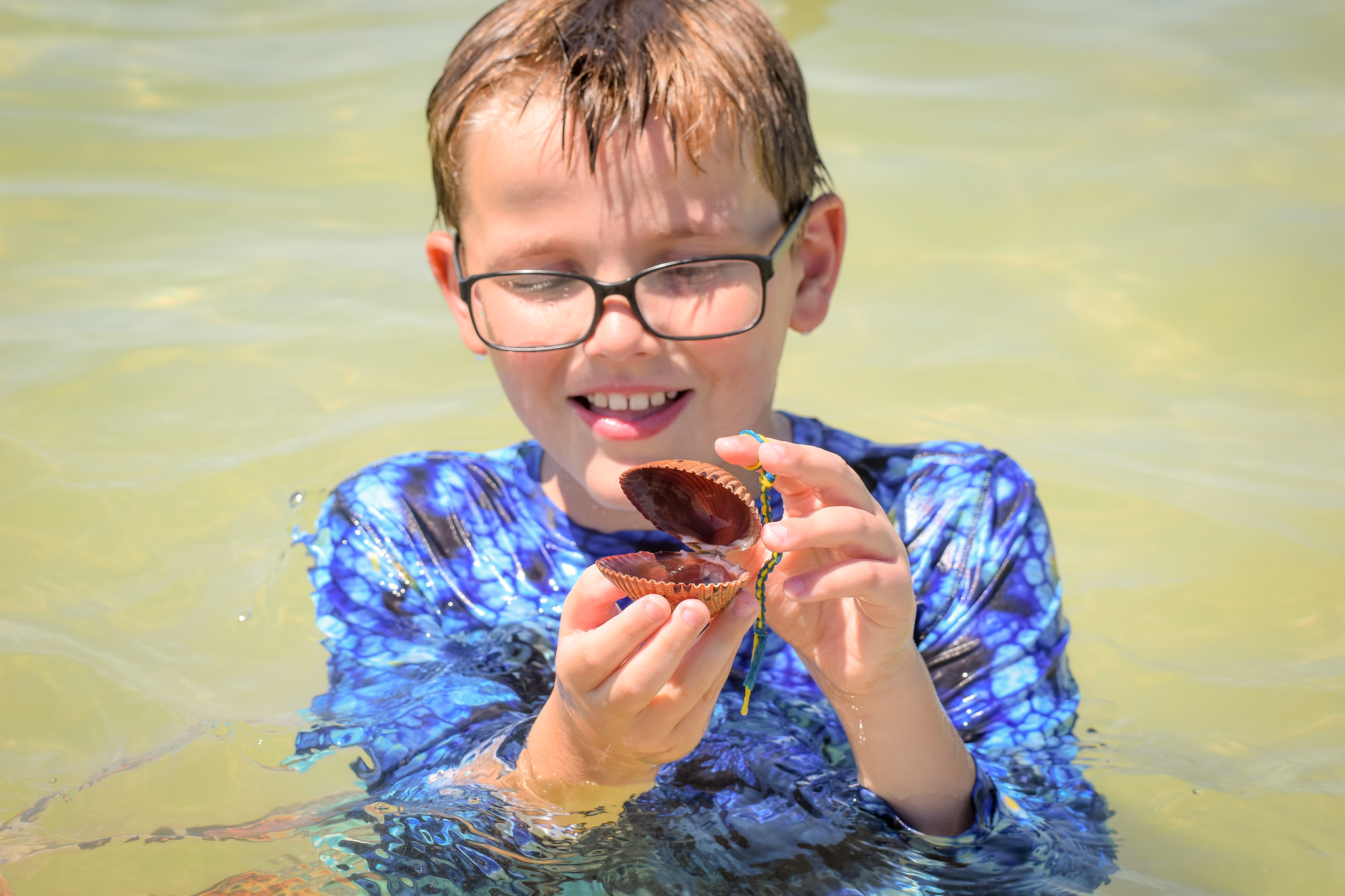 From June 6 to 10, Sanibel Sea School held its first week of summer camp at the Flagship Campus on the east end of the island. The week was titled “Armed with Brains – Octopus Week” as it focused on how octopuses came to be so intelligent. Forty campers learned about different forms of animal intelligence, how scientists measure and study those forms and dove deep into cephalopod anatomy with a squid dissection.

“At first, campers were really hesitant about the dissection. But, once we started learning about how each part of the body works they were fascinated and wanted to do more,” said Marine Science Educator Dana Donkle. “By the end of it, they were so excited about anatomy! That transformation from nerves to wonder is one of the best parts of my job.”

Seine nets and dip nets were used all week long to explore for creatures. Snorkeling was top-notch as calm clear water allowed campers to see the bottom easily. Campers even adventured out after dark for a night snorkel to see if they could find the elusive octopus. Unfortunately, an octopus was never sighted but many other exciting mollusks were discovered, such as sea hares and lightning whelks.

Counselors conducted lots of tests and trials on the beach to learn about memory and problem-solving. Staff even turned Sanibel Sea School’s campus into a giant maze overnight! Coconuts were a perfect test subject for tool use – campers experimented with different strategies to see which was most effective for coconut opening.

Campers scoured the beach for coquinas and other small shells to create a mosaic octopus to take home. And of course, there was plenty of surfing in the Gulf!

Part of the SCCF (Sanibel-Captiva Conservation Foundation) Family, Sanibel Sea School’s mission is to improve the ocean’s future, one person at a time.