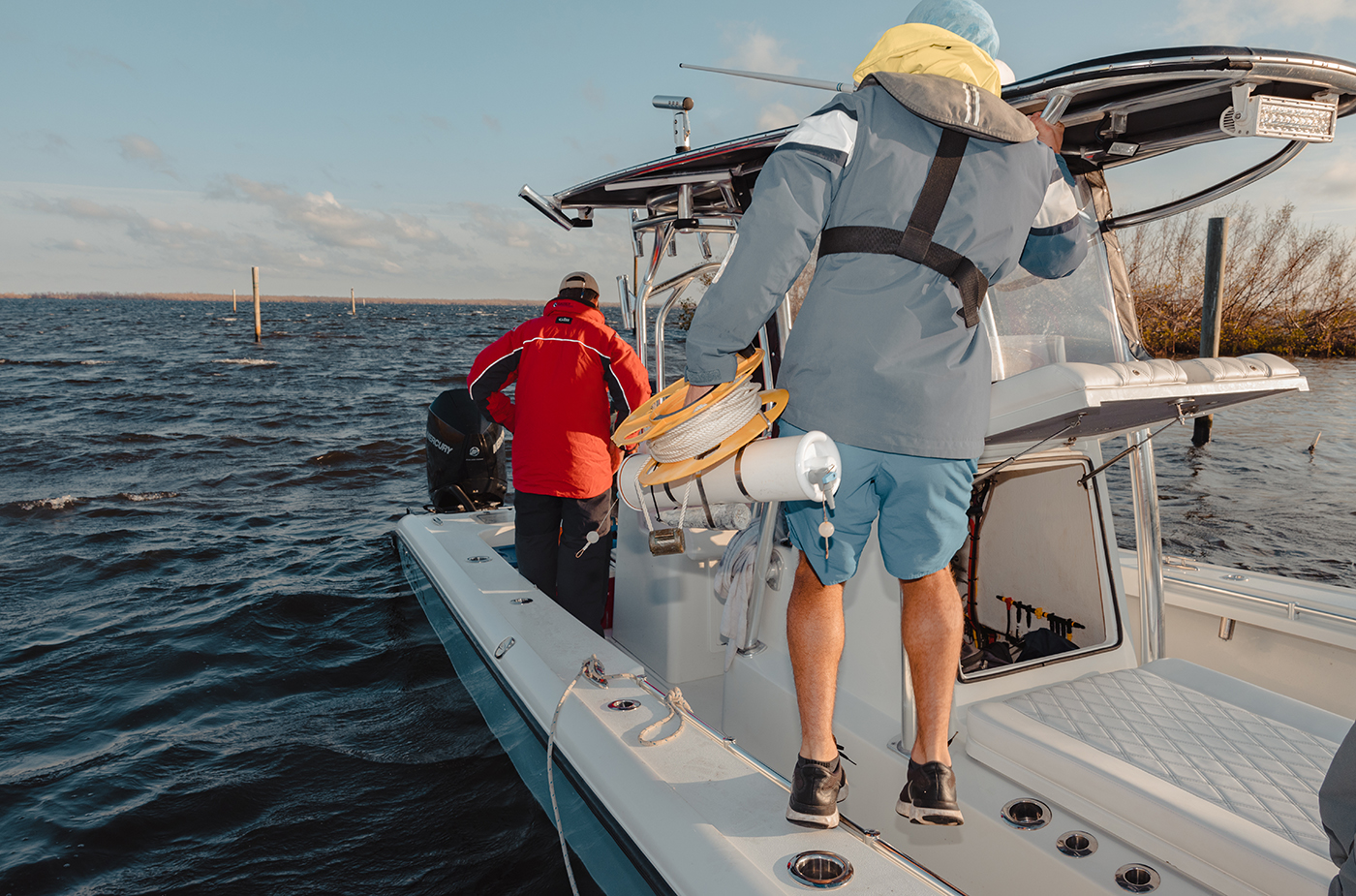 SCCF Marine Laboratory scientists partnered with Captains for Clean Water and the FWC's Fish and Wildlife Research Institute this week to sample 26 sites offshore Sanibel and Captiva for the presence of Karenia brevis, the microalgae that causes red tide.

The team found K. brevis in nearly every sample. Most sites had low to medium concentrations of K. brevis, while several had high concentrations. The highest concentrations were located off of eastern Sanibel and northern Captiva.

The results provide missing red tide counts in the region and will help inform government partners on the scope and intensity of the current red tide bloom, which extends from Manatee County to Collier County. The bloom was likely intensified by Hurricane Ian and Tropical Storm Nicole, which washed in nutrients and pollution, as well as elevated the Lake Okeechobee water table.

“After the storm, a lot of the resources were taxed, so we’ve had a huge data gap in the sampling effort,” said SCCF CEO James Evans. “We’re trying to fill that gap so that the U.S. Army Corps of Engineers has the data that they need to make management decisions on how they release water from Lake Okeechobee.”

Although nutrients from Lake Okeechobee water releases have been found to contribute to feeding red tide, lake releases during this period have been minimal. No releases have been made since TS Nicole hit, and flows have been in the optimal flow envelope (750 – 2,100 cubic feet per second) for 22 days. SCCF and Captains for Clean Water also partnered in a joint letter this week that urges the Army Corps to refrain from authorizing additional releases into the Caloosahatchee Estuary while red tide is at such concerning levels. 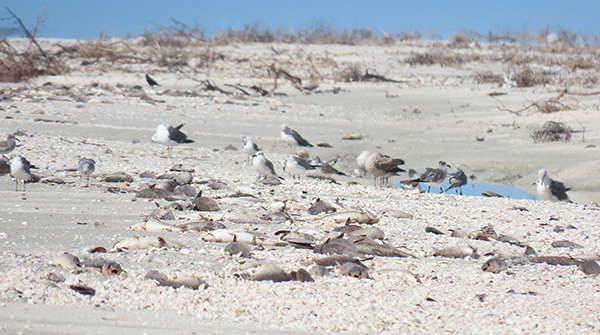 Dead fish and other wildlife, including turtles and birds, have been washing ashore on Sanibel, Captiva, and other impacted areas due to high concentrations of brevetoxins, which are produced by red tide and can also cause respiratory irritation in humans. Red tide can also contribute to fish kills by depleting the water of dissolved oxygen.

“A lot of red tide blooms are transported by ocean currents, and those are dictated by the climate, so there’s not really much intervention we can do other than trying to reduce flows (from Lake Okeechobee) if possible, or manage the flows and allow for discharges at a later time when there aren’t as many harmful effects seen on the coast,” Milbrandt said.

In addition to K. brevis, water samples collected on the research trip will be tested for nitrogen, phosphorous, and dissolved oxygen concentrations.

Despite poor conditions, Milbrandt says that there are ways to mitigate future blooms.

“Hurricane Ian has really changed the water quality in a negative way, but over time — through dilution, through seasonal changes — we hope that nature will be able to absorb this blow, along with the communities on our barrier islands in Southwest Florida,” he said. “But we do have to continue to reduce our nutrient footprint. We need to try and convert septic to sewer in more places. We need to reduce the use of fertilizers where possible, and try to build more treatment wetlands in the watershed to slow down the water before it gets to the Gulf of Mexico.” 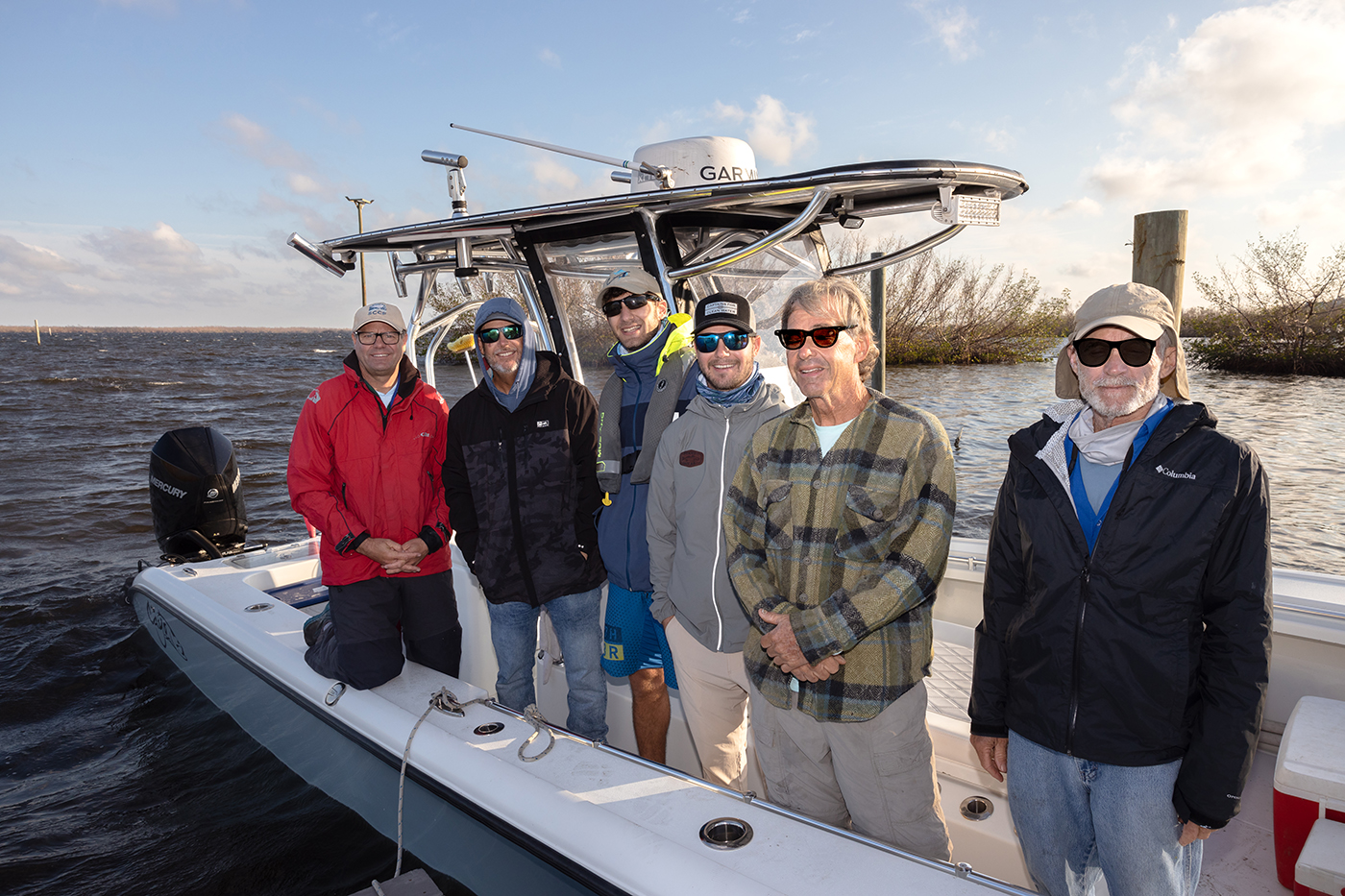 SCCF extends its gratitude to the Vince family for making our Gulf of Mexico water sampling efforts possible since 2018.

If you would like to help fight red tide, click here to send an email asking Army Corps Jacksonville District Commander Col. Booth to hold off on releasing water from Lake Okeechobee until the threat of red tide has passed.